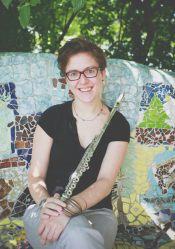 Hailed by The New York Times as "excellent," flutist Martha Cargo is committed to the integration of experimental music into various media, be it contemporary art, theater or dance.  She participated in a Carnegie Hall masterclass with composer John Adams and conductor David Robertson in 2012, where she had the opportunity to perform at Zankel Hall (ensemble works by David Gordon and Andrew Norman). Appearances in 2015 included performances at the Beijing Modern Music Festival (China), Center for Fiction, Riverside Church, Dixon Place, and Shapeshifter Lab, among other alternative New York City venues. In 2016 she toured with Glass Farm Ensemble founder/pianist Yvonne Troxler to Switzerland and founded flute/cello duo Pieces of Eight with Ben Larsen, with whom she performed up and down the East Coast for 2 years.

A graduate of Oberlin College's double-degree program in Flute and Chemistry, she completed her Masters in Music at SUNY-Purchase and continued her studies in the Contemporary Program at Manhattan School of Music. She currently works as a Salon Coordinator at Lance Lappin Salon in TriBeCa. She was Assistant to the Music Director at the Americas Society on Park Avenue for over 5 years and was Social Media Coordinator for I CARE IF YOU LISTEN.
marthacargo.com 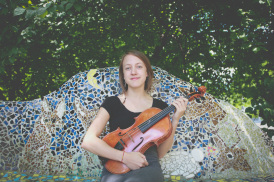 Violist Kallie Ciechomski splits her time between Miami and New York as a member of the New World Symphony and an active participant in New York’s new music scene. Recent engagements include her solo debut with New World Symphony as part of their John Cage festival, concerts in Austria at the Ensemble Modern festival, a European tour with Aldeburgh World Orchestra and 29 premieres of new compositions. Ciechomski’s 2013–14 season engagements include a lecture/recital tour featuring unaccompanied contemporary viola works, concerts as guest violist of Friction Quartet in San Francisco, and a Carnegie Hall debut with new music ensemble Hotel Elefant as part of David Lang’s residency. kallieviola.com 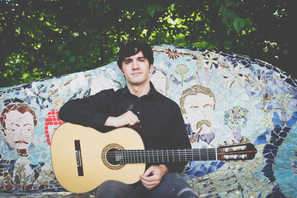 “One of the top young guitarists of his generation” (Performance Today), Jordan Dodson is an active soloist and chamber musician based in New York and Philadelphia. A winner of Astral Artists’ 2013 National Auditions, he has also been awarded prizes in the 2011 Lillian Fuchs Chamber Music Competition, the 2010 Indiana International Guitar Competition, and the 2008 American String Teachers Association Competition. He also received the Segovia/Augustine Classical Guitar Award from the Manhattan School of Music and was a scholarship student in Sharon Isbin’s class at the Aspen Music Festival. An advocate for contemporary music, Mr. Dodson has commissioned and premiered dozens of pieces internationally. He performs in several New York City-based ensembles, including the International Contemporary Ensemble, Ensemble Moto Perpetuo, Ensemble sans maître, and Tempus Continuum. Originally from Columbus, Ohio, Mr. Dodson began playing music at a young age. His teachers include Clare Callahan, David Starobin, and Jason Vieaux. In the fall of 2011, Mr. Dodson was one of two guitarists selected to inaugurate the Curtis Institute of Music’s new program in classical guitar. He also holds a Bachelor of Music degree from the Cincinnati College-Conservatory of Music and a Master of Music degree from the Manhattan School of Music. jordandodson.net 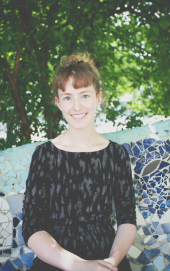 Recently noted by The New York Times for her performance of "tart and gangly lines, well sung," Charlotte Mundy has performed in forests and abandoned warehouses; once while playing a hot tub/balnophone hybrid instrument and another time while wearing an 8-channel speaker-suit. She is an active improviser and has collaborated on interdisciplinary projects at Columbia University and The Kitchen. Mundy has performed in the Resonant Bodies Festival; New York Festival of Song; the Touch Festival at Issue Project Room; with Judd Greenstein's The Yehudim at the Brooklyn Academy of Music; and in Howard Fishman's A Star Has Burnt My Eye at Joe's Pub. She recently released "Connie's Piano Songs: The Art Songs of Elizabeth 'Connie' Converse" with pianist Chris Goddard, which had its release concert at (le) poisson rouge in early 2014. Mundy hosts "The New Canon" on Q2music.org and holds a Masters degree in Contemporary Performance from the Manhattan School of Music. charlottemundy.com 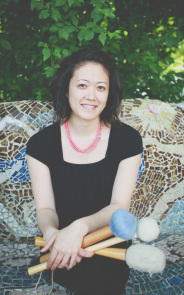 Yumi Tamashiro trained as a pianist but was “converted” to percussion, drawn by the allure of teaching high school drumline.  And it was her undergraduate 20th century music history class that turned her on to contemporary music. Soon after participating in a masterclass with So Percussion, a group based in Brooklyn, NY, she fell in love. Ms. Tamashiro has performed at the Banff Center of Arts, The Kennedy Center, Symphony Space, The Stone, The Bohemian National Hall, and Le Poisson Rouge. She has performed with a range of projects including Carnegie Neighborhood Series and Make Music New York. Her repertoire includes works by Elliot Carter, Steve Reich, Jacob Druckman, Karlheintz Stockhausen, Andy Akiho, Roshanne Etezady, Iannis Xenakis, Michio Kitazume, and Jason Treuting. Yumi has had the privilege of performing with groups such as Nexus, Opera Moderne, and Contemporaneous. Rooted in New York City, Yumi has become a member of many ensembles: Mobius Percussion Quartet, Ensemble sans maître, and Tempus Continuum Ensemble.  With Mobius Percussion Quartet, a NYC based percussion quartet, she is commissioning a new work from composer Jason Treuting.  Ms. Tamashiro is a founding member of Ensemble sans maître and is working on a commissioning project with Ian Rosenbaum, to premier a multi-movement work for marimba and string quartet.